The Humility of the Cross 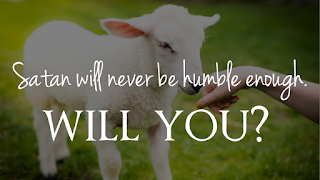 Jesus is the Lamb of God. Of course it would be silly for me to make a huge theological claim when Scripture is clearly giving us parables and parallels to relate to. But there is something that I'd like to point out.

In the book of Job, Satan came before God to bring a railing accusation against Job. We can conclude that in at least one case, Satan felt that his position (somewhere in the angelic hosts possibly) allowed him to be a judge over Job's character.

And we see that Satan continues his presumptive character in the human life of Jesus Christ due to the wilderness "testing". Once again, I DO NOT want you to read this article and go off on strange doctrines about things that we just do not understand. However, both of these cases give us a glimpse into the psychology of Satan. And every case points to an inordinate sense of pride.

To wrap up this thought process, I want to bring you to the cross.

Christ died a "sinner's death". Even those committed to Him ran away or stayed silent during the execution. The religious leaders of the day knew the significance of His death but were most likely unaware of its actual iteration. Judas thought he would make a profit for the ministry off of Jesus' perceived miraculous powers. And Satan himself concluded that he had successfully broken the continuity of God.

So that's kind of a powerful statement, but Jesus Christ calls Satan the "father of lies". My PERSONAL belief is that Satan is under a powerful delusion called pride that has come about through his constant lies to himself. This is a PERSONAL belief and although I believe it closely matches Scripture, I am still studying the Scriputres and am willing to consider other theories. DO NOT believe something from one article that you read.

Satan lied to himself (once again, this is conjecture, not necessarily fact) that someday he could become like God. Now, I am of the persuasion that we are spiritual beings made in the image of God. Perhaps Satan is/was jealous of our unique position in the universe/eternity. Either way, my belief is that he is so convinced of his own potential that he concluded that Calvary was a victory for himself.

Even today, the synagogue of Satan, the Jews, believe that Jesus death was justified or insignificant. This is clearly their view of victory. But the Lamb of God was victorious in much different of a way than (my opinion) Satan could have ever imagined. And I believe that Satan is still convinced of his "victory".

So let's talk actionable items for us.

1. Believe on the Lord Jesus Christ
The humility of the Lamb of God was a commitment to you. Before you even were born into this world, Christ was committed to you. And to go to Heaven all He asks of you is to "accept His gift". A 100% commitment to His will. Not that you'll even understand completely His will in your whole lifetime, but it is a commitment nonetheless.

2. There is no number 2.
The humility to commit to someone that already committed 100% to you is enough to drive us to obey. In fact that is a direct result of our commitment to Him.

Only in your heart will you know if you've committed to Christ. He cannot be just another deity on the shelf that you "worship". And as another human being I will never be able to truly know if you're actions are due to your faith in Christ or if they are a pride and prejudice. Only you can know. And possibly the best way to commit your eternity to Christ is by praying the sinner's prayer.

You can be saved without uttering any words out loud. But as a public profession and as a timeline reminder, the sinner's prayer gives us a specific time and place that we can remind ourselves of our commitment to Christ. It's not a Biblical necessity for salvation. The only necessity is to "believe on the Lord Jesus Christ".

So take a moment, bow your head and kneel wherever you are right now. Pray this prayer "Dear God, I know that I'm a sinner. I know that I deserve to go to Hell. I accept the gift of Jesus Christ and believe on Him to take me to Heaven when I die. In Jesus Name, Amen."

Take a moment and write down the date and place. There is nothing magical about what just took place. It was a simple act of the faith that you had. Faith enough to ask. Faith to accept His gift.

Be humble. And be great.
No comments: 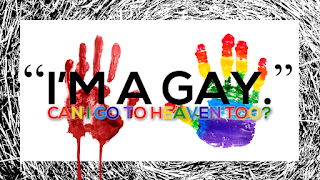 The very clear answer in Scripture is that "yes" Christ died for you. And I think that's the point. Committing acts of homosexuality goes directly against the very spirit of the One who gave His life blood to rescue you from your sin. Being saved is merely the result of accepting His gift. But the lascivious lifestyle of sodomy (which is really just "homosexuality" played out to it's bitter end) is in direct antithesis to the love of God.

So, to reiterate: yes, you can be saved. You can have eternal life. You can be forgiven.

Take that as the gift of God. It will heal your hurts, it will mend your broken heart. Christ made a promise to you before you were even born: "whosoever shall call on the name of the Lord shall be saved." He was aware of your potential weaknesses. He knew of your potential failures. Let your heart be healed by the Great Physician.

Do you desire true, non-sexual demanding, love? Do you wish to bury yourself in the arms of the Almighty without the demands of seduction? Do you desire the affection of a friend that sticks closer than a brother?

And if you read this message with a snicker in your heart and a desire to taint what is holy, may your soul be damned for eternity. There is still hope for those that you have sexually and emotionally abused but your hard heart has yet to be broken. May you break yourself before the eternal judgement of God crashes on your head and destroys you both in this life and the life after death.
2 comments:
Newer Posts Older Posts Home
Subscribe to: Posts (Atom) 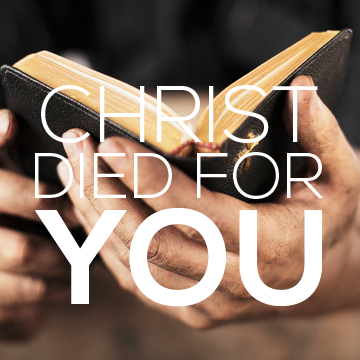 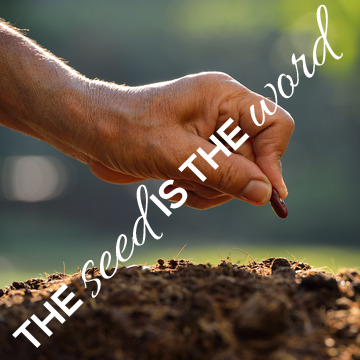 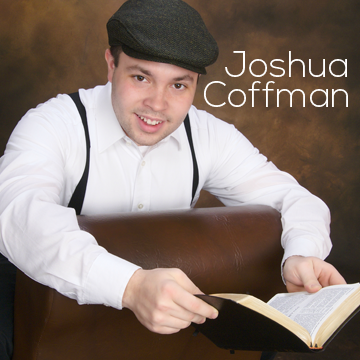